Luxembourg, which unites an amazing mix of nationalities and cultures in a multilingual area,is a representative democracy, in the form of a constitutional monarchy. The Grand Duchy of Luxembourg is a founding member of the European Union, United Nations, NATO and Benelux, reflecting its political consensus in favor of economic and political integration.

Founded in 1996, the PeaceJam Foundation is a global organization whose mission is to create the next generation of young leaders committed to changing the world with guidance from 14 Nobel Peace Laureates. 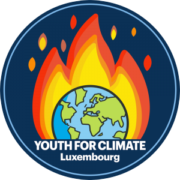 Youth for Climate is a youth-led movement of climate strikes. We go on school strike to demand urgent political action on the climate crisis. We are part of the international climate strike movement, we are apartisan and decentralised.

Each year, since 2012, the Schengen Peace Foundation and the World Peace Forum award the Luxembourg Peace Prize, an award that honors the outstanding in the field of peace.

The Transatlantic Dialogue (TAD) conference series on global citizens, held in Luxembourg since 2008, explore the significance of culture / liberal education for fostering global citizenship from both US and European perspectives.

The European Citizens Dialogue is a unique way for people of Europe to engage in dialogue with the European Commission to propose new laws. Once an initiative has reached 1 million signatures, the Commission will decide on what action to take.

‘The belief that peace is desirable is rarely enough to achieve it. Peace requires responsibility. Peace entails sacrifice.’

Awaris wants to integrate research, personal practices and business skills – to bring about real change. Everyone has a potential to cultivate their authentic leadership – and in this way contribute to bringing about positive change to their organizations and societies.

The Global Alliance in Management Education or CEMS is a cooperation of leading business schools and universities with multinational companies and NGOs.

Flow Impact Fund enables the development of sustainable leadership and socially-relevant entrepreneurship for society, working especially with young leaders and change agents. The aim is to transform business into a force for good. 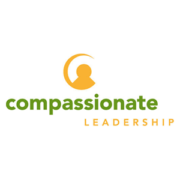 Compassionate Leadership helps to increase the happiness, wellbeing and success in organizations in the fields of cultural development, autonomy, social innovation, change management, and leadership.

Be involved and/or be part of the project:

Together
we can change
perspectives